The uncharacterized gene 1700093K21Rik and flanking regions are correlated with reproductive isolation in the house mouse, Mus musculus 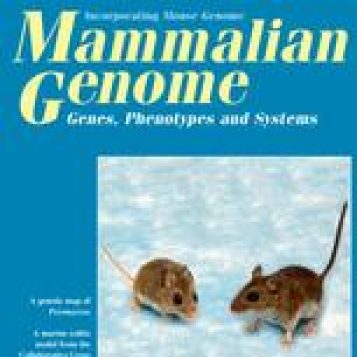 Reproductive barriers exist between the house mouse subspecies, Mus musculus musculus and M. m. domesticus, members of the Mus musculus species complex, primarily as a result of hybrid male infertility, and a hybrid zone exists where their ranges intersect in Europe. Using single nucleotide polymorphisms (SNPs) diagnostic for the two taxa, the extent of introgression across the genome was previously compared in these hybrid populations. Sixty-nine of 1316 autosomal SNPs exhibited reduced introgression in two hybrid zone transects suggesting maladaptive interactions among certain loci. One of these markers is within a region on chromosome 11 that, in other studies, has been associated with hybrid male sterility of these subspecies. We assessed sequence variation in a 20 Mb region on chromosome 11 flanking this marker, and observed its inclusion within a roughly 150 kb stretch of DNA showing elevated sequence differentiation between the two subspecies. Four genes are associated with this genomic subregion, with two entirely encompassed. One of the two genes, the uncharacterized 1700093K21Rik gene, displays distinguishing features consistent with a potential role in reproductive isolation between these subspecies. Along with its expression specifically within spermatogenic cells, we present various sequence analyses that demonstrate a high rate of molecular evolution of this gene, as well as identify a subspecies amino acid variant resulting in a structural difference. Taken together, the data suggest a role for this gene in reproductive isolation.