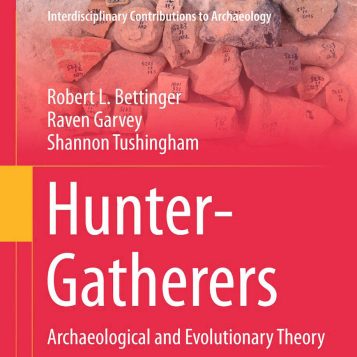 Hunter-Gatherers remains a well-respected and much-cited text, now over 20 years since initial publication. Yet, as in other vibrant fields of study, the last two decades have seen important empirical and theoretical advances.  In this second edition of Hunter-Gatherers, co-authors Robert Bettinger, Raven Garvey, and Shannon Tushingham offer a revised and expanded version of the classic text, which includes a succinct and provocative critical synthesis of hunter-gatherer and evolutionary theory, from the Enlightenment to the present. New and expanded sections relate and react to recent developments—some of them the authors’ own—particularly in the realms of optimal foraging and cultural transmission theories.

An exceptionally informative and ambitious volume on cultural evolutionary theory, Hunter-Gatherers, second edition, is an essential addition to the libraries of anthropologists, archaeologists, and human ecologists alike.