The Game for Real 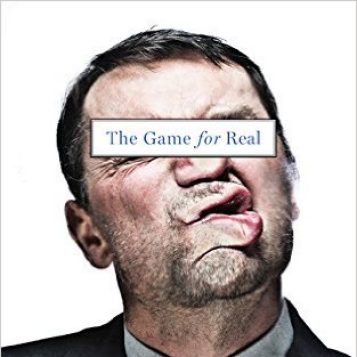 The book opens with The Game of Quartering, where an unnamed hero discovers his double. Surely, he reasons, if he has a double, then his double must also have a double too, and so on . . . What follows is a grotesquely hilarious, snowballing spree through Paris, where real-life landmarks disintegrate into theaters, puppet shows, and, ultimately, a funeral.

Following this, The Game for the Honor of Payback neatly inverts things: instead of a branching, expanding adventure, a man known as “Shame” embarks on a quest that collapses inward. Slapped by someone he despises, he launches a doomed crusade to return the insult. As the stakes grow ever higher, it seems that Shame will stop at nothing — even if he discovers he’s chasing his own tail.

Blending metaphysical questions with farcical humor, bizarre twists, and acute psychology, The Game for Real is a riveting exploration of who we are — and why we can’t be so sure we know.