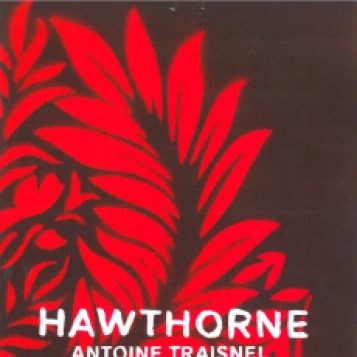 In Hawthorne: Blasted Allegories, Traisnel asks why Hawthorne risked literary marginalization to embrace allegory at a time when a prevalent romantic dogma had declared this rhetorical mode obsolete, even unliterary. To borrow from Deleuze, allegory is not a “failed symbol” but a specific “power of figuration” that both conjures and contests the one-to-one correspondence between sign and signified that the detractors of allegory have condemned. Applying the fourfold structure of medieval allegoresis to Hawthorne’s four major works, Blasted Allegories attempts to reanimate the dormant critical dimensions of long-held debates over the allegorical character of Hawthorne’s fiction, and of American Literature at large. Forging alliances between Benjamin’s study of the German Baroque Trauerspiel and Hawthorne’s oeuvre, Traisnel shows how Hawthorne’s prose haunts its critics and reverberates in the works of such theorists as Nietzsche, Frye, de Man, Derrida, Berlant, and Jameson.