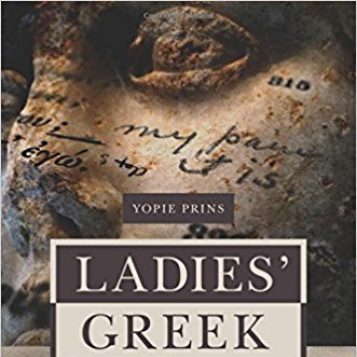 In Ladies' Greek, Yopie Prins illuminates a culture of female classical literacy that emerged in the second half of the nineteenth century, during the formation of women's colleges on both sides of the Atlantic. Why did Victorian women of letters desire to learn ancient Greek, a "dead" language written in a strange alphabet and no longer spoken? In the words of Elizabeth Barrett Browning, they wrote "some Greek upon the margin—lady's Greek, without the accents." Yet in the margins of classical scholarship, they discovered other ways of knowing, and not knowing, Greek. Mediating between professional philology and the popularization of classics, these passionate amateurs became an important medium for classical transmission.

Combining archival research on the entry of women into Greek studies in Victorian England and America with a literary interest in their translations of Greek tragedy, Prins demonstrates how women turned to this genre to perform a passion for ancient Greek, full of eros and pathos. She focuses on five tragedies—Agamemnon, Prometheus Bound, Electra, Hippolytus, and The Bacchae—to analyze a wide range of translational practices by women and to explore the ongoing legacy of Ladies' Greek. Key figures in this story include Barrett Browning and Virginia Woolf, Janet Case and Jane Harrison, Edith Hamilton and Eva Palmer, and A. Mary F. Robinson and H.D. The book also features numerous illustrations, including photographs of early performances of Greek tragedy at women's colleges.

The first comparative study of Anglo-American Hellenism, Ladies' Greek opens up new perspectives in transatlantic Victorian studies and the study of classical reception, translation, and gender.

Yopie Prins is the Irene Butter Collegiate Professor of English and Comparative Literature at the University of Michigan and the author of Victorian Sappho (Princeton).