Heritage, Culture, and Politics in the Postcolony 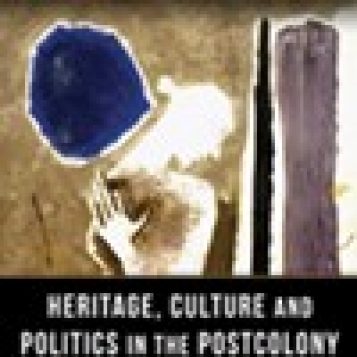 The act of remaking one's history into a heritage, a conscientiously crafted narrative placed over the past, is a thriving industry in almost every postcolonial culture. This is surprising, given the tainted role of heritage in so much of colonialism's history. Yet the postcolonial state, like its European predecessor of the eighteenth and nineteenth centuries, deploys heritage institutions and instruments, museums, courts of law, and universities to empower itself with unity, longevity, exaltation of value, origin, and destiny.

Bringing the eye of a philosopher, the pen of an essayist, and the experience of a public intellectual to the study of heritage, Daniel Herwitz reveals the febrile pitch at which heritage is staked. In this absorbing book, he travels to South Africa and unpacks its controversial and robust confrontations with the colonial and apartheid past. He visits India and reads in its modern art the gesture of a newly minted heritage idealizing the precolonial world as the source of Indian modernity. He traverses the United States and finds in its heritage of incessant invention, small town exceptionalism, and settler destiny a key to contemporary American media-driven politics. Showing how destabilizing, ambivalent, and potentially dangerous heritage is as a producer of contemporary social, aesthetic, and political realities, Herwitz captures its perfect embodiment of the struggle to seize culture and society at moments of profound social change.