From Women Loving Women in Africa to Jean Genet and Race: A Conversation with Frieda Ekotto 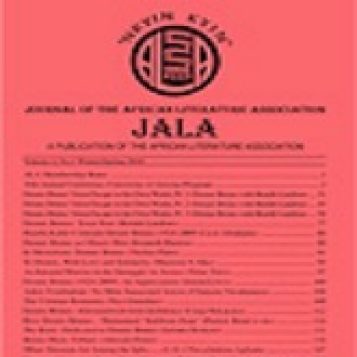 Shortly after the historic election of Barack Obama as the first black president of the United States, ND sat down with author and cultural critic Frieda Ekotto, who teaches Comparative Literature and French literature at the University of Michigan. In a wide-ranging discussion, she talked to Prof. Ekotto about her novel Chuchote pas trop (2001), female homosexuality in African fictions as well as her upcoming second novel. Prof. Ekotto discusses her soon-to-be-published examination of Jean Genet within transatlantic studies, her cosmopolitan background (born in Cameroon, raised in Switzerland, now a U.S citizen) and the implications for the changing 21st century world.

Name of Periodical: Journal of the African Literature Association (JALA)