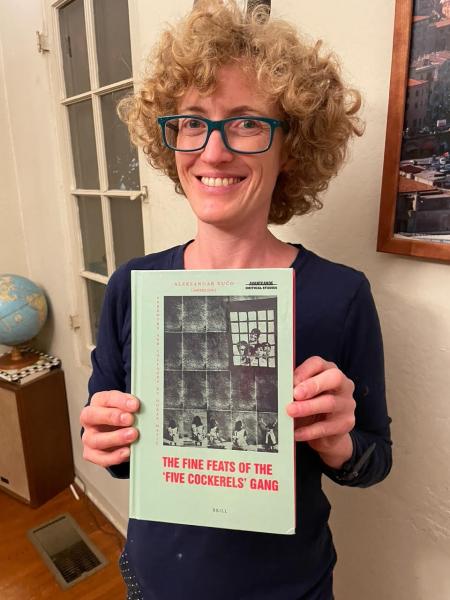 Ainsley Morse's book, Word Play: Experimental Poetry & Soviet Children’s Literature, traces the long history of the relationship between experimental aesthetics and Soviet children’s books. From the earliest days of the Soviet project, children’s literature was taken unusually seriously—its quality and subject matter were issues of grave political significance. Yet, it was often written and illustrated by experimental writers and artists who found the childlike aesthetic congenial to their experiments in primitivism, minimalism, and other avant‑garde trends. In the more repressive environment of the 1930s, experimental aesthetics were largely relegated to unofficial and underground literature, but unofficial writers continued to author children’s books. By the end of the Soviet period, there was an unspoken consensus that children’s literature was perhaps the best part of the Soviet literary canon; meanwhile, the childlike aesthetic frequently migrated into unpublished unofficial poetry as well, offering new forms and forms of poetic subjectivity for underground authors.

In this talk, Morse will introduce the book and some of its protagonists, while also indulging in a discussion of their work as a specifically post-war phenomenon. How might the same childlike lexical and formal elements, abundant humor, and childlike lyric speakers, which served as markers of unofficial aesthetics, additionally participate in articulating wartime and post-war experience (likewise excluded from official narratives)?

This lecture will be presented in person in 555 Weiser Hall and on Zoom. Webinar registration required at http://myumi.ch/Ek1we

If there is anything we can do to make this event accessible to you, please contact us. Please be aware that advance notice is necessary as some accommodations may require more time for the university to arrange.
Comparative Literature
2021 Tisch Hall
435 South State Street
Ann Arbor, MI 48109-1003
complit.info@umich.edu
734.763.2351
734.764.8503
Sitemap
Facebook Youtube