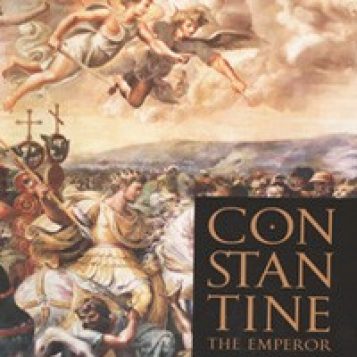 This year Christians worldwide will celebrate the 1700th anniversary of Constantine's conversion and victory at the Battle of the Milvian Bridge. No Roman emperor had a greater impact on the modern world than did Constantine. The reason is not simply that he converted to Christianity but that he did so in a way that brought his subjects along after him. Indeed, this major new biography argues that Constantine's conversion is but one feature of a unique administrative style that enabled him to take control of an empire beset by internal rebellions and external threats by Persians and Goths. The vast record of Constantine's administration reveals a government careful in its exercise of power but capable of ruthless, even savage actions. Constantine executed (or drove to suicide) his father-in-law, two brothers-in-law, his eldest son, and his once beloved wife. An unparalleled general throughout his life, even on his deathbed he was planning a major assault on the Sassanian Empire in Persia. Alongside the visionary who believed that his success came from the direct intervention of his God resided an aggressive warrior, a sometimes cruel partner, and an immensely shrewd ruler. These characteristics combined together in a long and remarkable career, which restored the Roman Empire to its former glory.