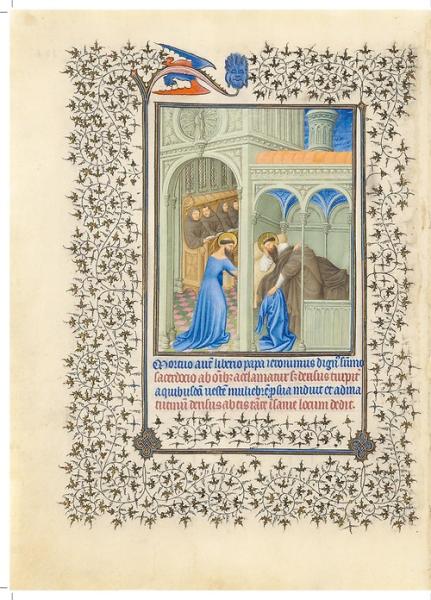 The Thomas Spencer Jerome Lecture Series is among the most prestigious international platforms for the presentation of new work on Roman history and culture. The Jerome Lectures are presented at both the American Academy in Rome and the University of Michigan. Scheduled for Fall 2022, in the forty-ninth year of the lecture series, Amy Richlin, Distinguished Research Professor of Classics at UCLA will be delivering four lectures on the theme of "Dirty Words: The Selective Survival of Latin Erotica."

Amy Richlin works on Roman society and culture, especially women’s history, Roman comedy and satire, and the history of sexuality. Her most recent book, Slave Theater in the Roman Republic: Plautus and Popular Comedy, won the Goodwin Award from the Society for Classical Studies. Her Jerome Lectures spring from her career-long fascination with the simultaneous radical difference and deep continuities between ancient and modern sex/gender systems.

All lectures will take place in a hybrid format at 4:00 PM. In person: on the 2nd Floor of the Michigan League. Virtually: live-streamed via LSA ITS

Summary: after a brief history of how the history of ancient sexuality started to be written in the 1970s, this lecture presents an overview of pederastic texts in classical Latin and the co-implication of Roman pederasty with slavery. This continues into “retrosexuality” as writers in the 100s CE produce poetry that is explicitly grounded in earlier poetry. Then three main questions: how did this discourse survive the transformation of Western Europe into Christendom? What does this discourse tell about the transformation of the ancient sex/gender system? Why is it important to us?

Summary: this lecture focuses on a great transitional figure of the 400s CE. A super-rich aristocrat who lived in an enormous villa in southern Gaul, Sidonius survived the Visigothic takeover and became bishop of Clermont. In his voluminous poems and letters he attests to his fear that traditional Latin literature will disappear, producing an account in which pederastic love is visible as an erasure – although Sidonius does turn a queer eye on the Visigoth Theodoric.

Summary: one of the main reasons classical Latin survived is that Church fathers like St. Jerome could not bear to abandon the curriculum they were trained in. But in the Middle Ages Jerome’s reading list meant different things to the monks that copied texts over and to those who set Church policy on sexual behavior. Now pederasty was a sin, although the heaviest blame fell, surprisingly, on the youngest boys. Yet the 1100s saw the rise of several monkish poets who wrote pederastic poetry. After a late-medieval backlash, the Italian Renaissance found teachers editing even the Carmina Priapea as a project with their students.

Summary: grammar schools in the 1600s, following the tradition stretching back to Jerome, taught mainly Greek and Latin, including satire (often unexpurgated). An editor of the X-rated Greek pederastic poet Strato in 1764 claims that all students have access to Catullus, Martial, Petronius, and the Priapea. Yet this aspect of education troubled the puritanical, who not unreasonably asked why Christian schools should be teaching about sins and gods. A survey of schoolbooks and curricula shows that conflicting systems continued to coexist. Today we are more likely to teach Catullus and Petronius to undergraduates than the Victorians were; should we teach them whole?