Sports and Society in Barcelona, Spain

Jack reflects on his spring term in Barcelona

I didn’t have much expectations about this trip. Maybe because I didn’t want to assume anything or maybe because of lack of experience. I’d never been out of the country before so I wasn’t really sure what to expect. I knew things would be different, but how different? And what exactly would be different? As my departure date neared I grew more excited with each day.

Unlike most people in my program I decided to come to Barcelona early. I rented an Airbnb with a very nice host that wanted me to make the most of my trip. She gave me a map of the city and highlighted all the places I should try to see. I knew this might come in handy later, but for now I wanted to just explore the city without any type of agenda. I took the metro to the center of the city, Plaça de Catalyuna, and just started walking. I didn’t know where I was or where I was going, I just walked in whichever direction I wanted. I had a great day doing this because I felt free and not limited by anything to actually do. I actually stumbled upon some of the city’s landmarks, like Casa Batllo, Las Ramblas, La Catedral de Santa Eulalia, and even La Sagrada Familia.

It was hard to pull myself from the city, but I finally headed home at night. I was exhausted from walking around all day but eager to start my program the next day. I couldn’t wait to see what the program would be like as well as meet my classmates.

An identity that I hadn’t really considered for this trip is that I’m half Mexican. I wouldn’t say this had a profound effect on my experience, but it seemed to alter it slightly. I think it allowed me to blend in more than my peers because people would sometimes think I was Spanish. This led to me meeting and talking to some people during my trip that I wouldn’t have otherwise. I feel like this had a small positive effect, which is that I might’ve been treated more as a local and therefore been more immersed.

One of my favorite aspects of the trip were the group lunches. These were lunches planned by our program coordinators that usually consisted of three courses. The best part is that the lunches are already paid for so all you have to do is choose which meal you’d like. I used these lunches as a way to experience authentic Spanish/Catalan cuisine and try new foods that I wouldn’t or couldn’t usually eat. The weirdest thing I ate in Barcelona was called ‘black paella.’ This was traditional paella consisting of seafood, rice, and vegetables but with one very apparent difference, the color. The special ingredient was squid ink, which gave it a rich, black hue that made it unlike any food I’ve had before.

I was one of the only people in my program to choose an apartment over homestay. Personally, I felt more comfortable in a place of my own rather than someone’s house. It was nice that I had a little more freedom than homestay, like being able to come and go as I please. The apartment did come with disadvantages though. I did feel like I had less cultural immersion, but I tried to make up for this by exploring. I also missed out on the daily dinner provided by host parents. I didn’t mind going grocery shopping, I thought it was fun but difficult. It would definitely have been nice to come home knowing there’d be a homemade meal ready for me. I did get to eat out a lot though and try all the different food and cultures that Barcelona has to offer. Surprisingly, my favorite restaurants turned out to be Greek and Thai places.

One of my favorite activities was the cooking class. As a class, we got to prepare an entire meal with three courses. Everyone got to at least cut some vegetables, while others opted to do more. I was lucky enough to make the main dish, the paella. I placed the chicken in the pan and the oil began to pop with increasing voracity. The chef didn’t seem to think this was an issue, so I ignored my skin and powered through. The dinner turned out to be delicious and I even learned how to make some traditional Spanish dishes.

A very big part of the program were the fieldtrips. Some of these were related to our class on sports and society, and some were to simply show us the city. We saw some very well-known landmarks as well as some not so well known places, like a memorial for founder of FC Barcelona, Joan Gamper.

My favorite trip was to La Sagrada Familia, which is probably Barcelona’s most famous attraction. This building was designed by the famed Catalan architect Antoni Gaudi. One thing that makes it so unique is that it was started in 1882 and is still not finished. We could even watch the construction happen in front of us. Even though I had already been here on my first day, experiencing the church towering over everything never got old. We also got a tour through the inside of the church, which I hadn’t seen before. The huge stained-glass windows caused the light to paint the walls in every color. The ceiling was extremely interesting because it protruded down and reach towards you. This, along with the colorful light, created a very unique and awe-inspiring sight.

One less grandiose place we went to was the Centre de Excursionista de Catalyuna. This is the oldest sporting club in Barcelona so it acts as a museum as well as a club. The main focus here is mountain climbing which has cultural significance to Catalans. It was very interesting to see how the technology of mountain climbing has advanced. The tools they used a hundred years ago make me question how the sport ever took off. We even received a rock climbing lesson in one of their facilities which was a lot of fun and made everyone have sore forearms the next day. 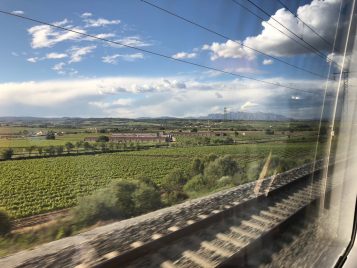 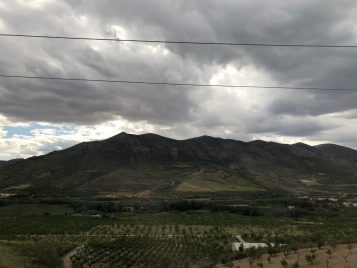 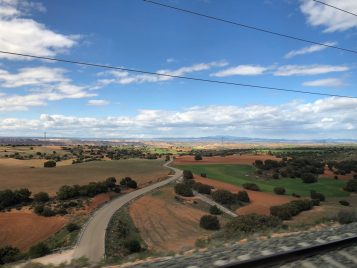 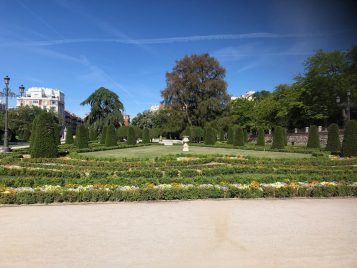 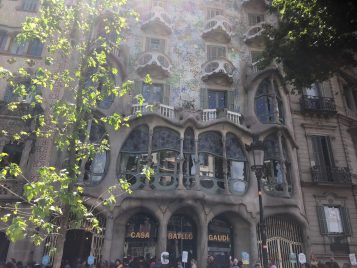 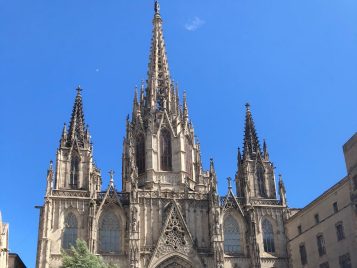 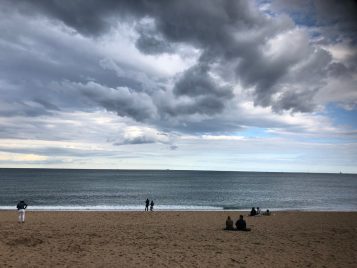 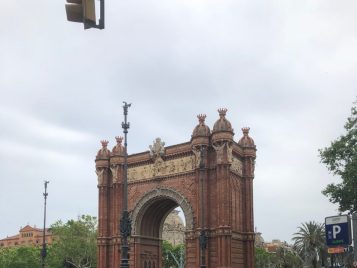 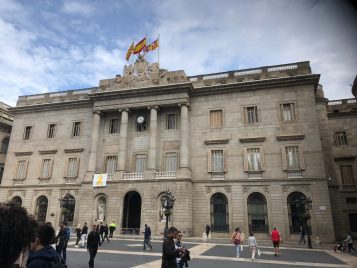 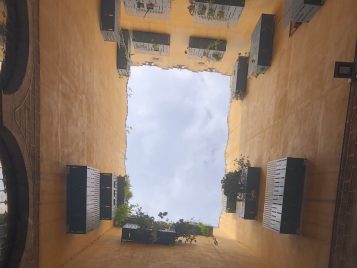 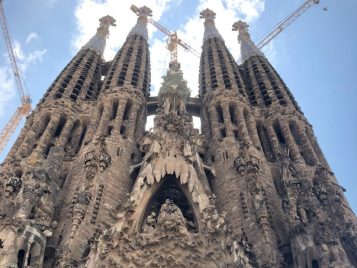 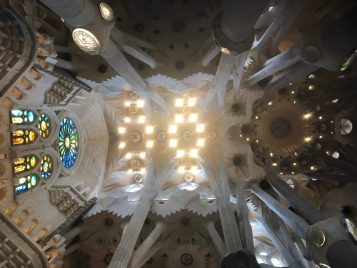 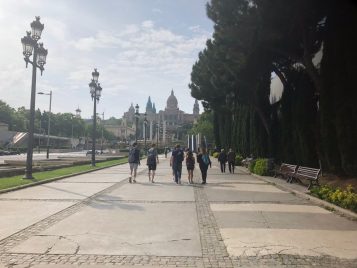 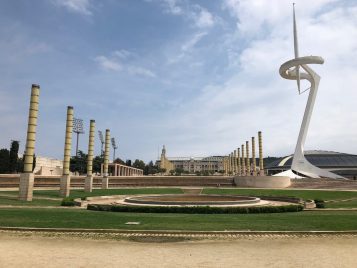 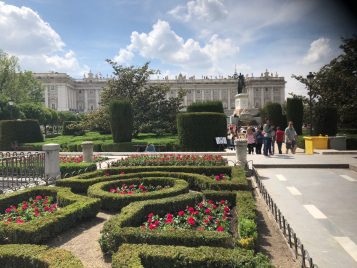 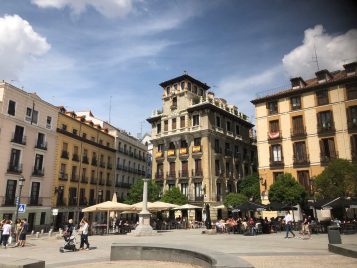 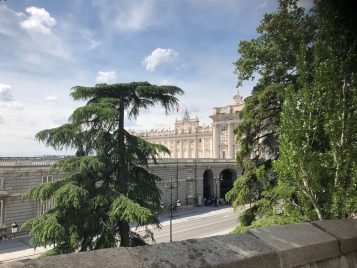 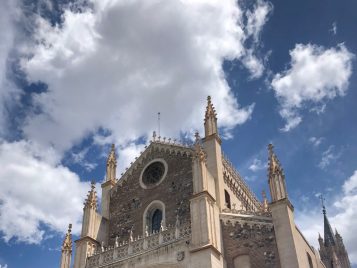 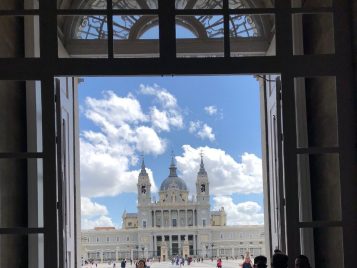 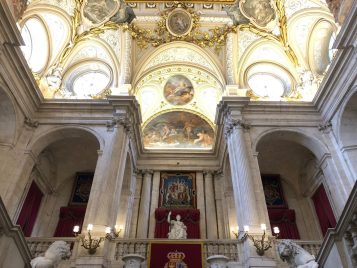 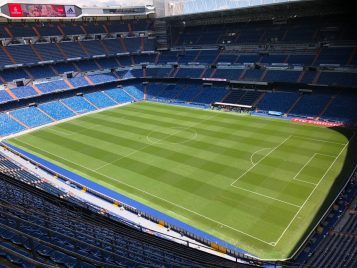 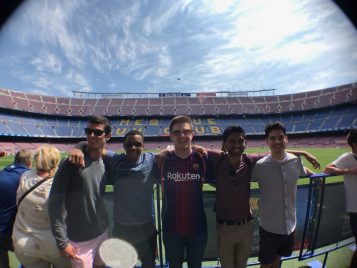 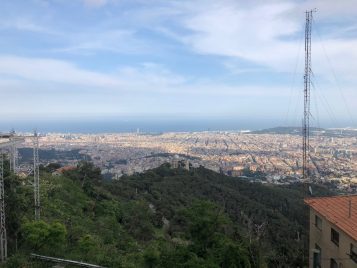 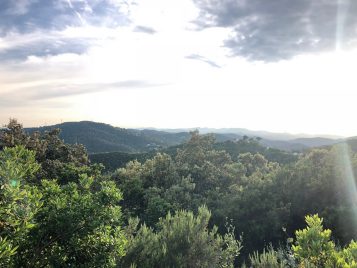 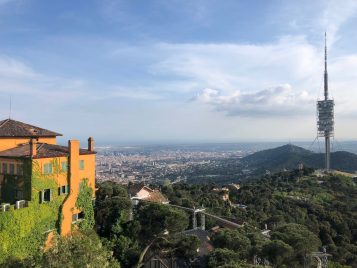 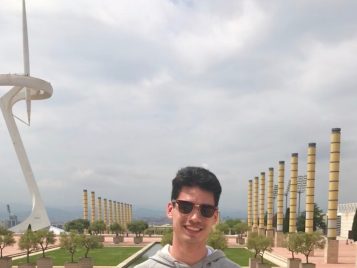 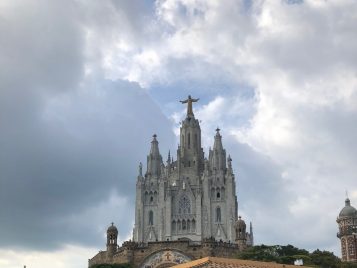 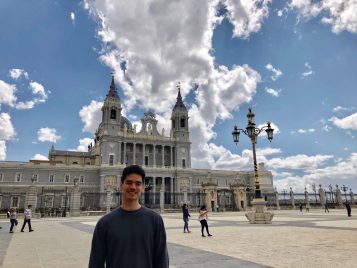