Eleanor reflects on her spring term in Havana

After two full days in Havana, I’ve compiled a list of observations about Cuban culture and the city. The very first thing I noticed about the city was the presence of color. From the lush green plants, a dramatic contrast to the drab landscape of Michigan in April, to the colorful 1950s cars; from the zany paint colors found on any and all buildings, to the vibrant wardrobes of every Cuban. It isn’t just the landscape dipped in this refreshing burst of color. The soundscape also is a vibrant mix of musical styles, from reggaeton to music from the United States, and of course, a more traditional, uniquely Cuban musical style. And one cannot discuss music in Cuba without a mention of dance. Where there is music in this country, there is dance.

Another thing I quickly noticed was the demographics of this country. Obviously I knew that the slave trade was conducted in both North and South America, including the Caribbean, but yet I didn’t really except that a significant number of Cubans would be black. I think my initial assumption that most Cubans would be white is influenced by a couple of factors. First, the actors present in Cuban media are predominately white, so that bias is transmitted to outsiders and foreigners like me. Secondly, the Cubans who fled after the Revolution to the United States were predominantly lighter skinned, because it was the richer Cubans who left. Therefore, my limited exposure to what a Cuban looked like was very biased. My final initial observation was the wide presence of political propaganda: the billboards advertising the state provided education and elections, giant artworks depicting Fidel Castro, and various slogans painted on buildings around the city.

Other observations about Cuba have crept up on me more slowly. I’ve slowly come to realize that I have not seen a single homeless person during my time here. That being said, I’ve only experienced a small fraction of the city. There’s no hustle and bustle like I expected a capital city to have, no men in suits rushing to attend some office job in skyscrapers. I’m so excited to learn more about the city, about Cuban culture, and myself along the way.

I’m a week into my program! Time has flown, but I’ve finally settled into the rhythm of everything. Today is Wednesday, which means we get a mid-week break from dance class. Instead, we started off the day with a lecture by Alberto Granado on Afro-Cuban religions, and followed up with a class from our University of Michigan professor, Robin. After Robin’s class ended, the rest of the day was free to us, so the whole group headed to the beach. This was my first time at a real, bona fide Caribbean beach, and I wasn’t disappointed. Fortunately, it was cloudy, which also meant it was nice and cool, and I was offered a little bit of protection from the strong UV rays here.

As I walked along the beach, I thought about how this was the only image that people from the United Sates have of Caribbean islands: sand, waves, coconuts, and mojitos. There is very little knowledge of the rich culture, the variety of music, the dance styles, the religious preferences, the architectural details, and so on and so forth. Furthermore, the tourists who come to these islands have no desire to learn more. Basically, Caribbean culture is packed into a one day tourist experience and it’s incredibly unfortunate.

I’ve also been reflecting on the difference between cultural values here in Cuba versus those in the United States. I saw this quote (in Spanish) painted on the façade of a building: being educated is the only way to be free. I’ve heard Cubans emphasize this idea as well. I think we have a similar cultural value in the United States. We encourage our children to attend university, and attempt to create a college-going culture in our poorer schools. The difference between Cuba and the U.S. is that Cuban provides education for every child, from kindergarten to university, for free. In general, it seems that Cuba values equality of outcomes. Every person is provided with food, a place to live, a job, healthcare, and more. The United States values innovation and change more, so they put an emphasis on equality of opportunity. The goal is that even though every person may not start with the same resources, they have the ability to earn more and create a perfect life for themselves. But as we all know, this is not actually the case in the U.S.

I’ve been reflecting heavily on my experiences in Havana since I’ve returned to the United States. My time in Cuba, I’ve realized, made me more self-aware of certain parts of my identity. For example, this trip made me, at times, painfully aware of my identity as a woman. Catcalling is practically a way of life in Cuba; I wasn’t able to walk down the street once without a man making kissy noises or saying, “Que linda!” under his breath. I have never experienced catcalling in the United States, so I generally wasn’t hyperaware of my identity as a woman while walking down the street in my hometown of Kalamazoo, Michigan or Ann Arbor.

In addition, this experience made me somewhat more aware of my identity as a person from the United States. Every day during this trip I was immersed in Cuban culture, which was an amazing experience, but also became somewhat tiring. After a long day of class of dance class, and then two or three lectures on Cuban culture, the only thing I wanted to do was blast some bubblegum American pop music. This was an enlightening experience, because it allowed me to relate, on a very basic level, to the ordeal that immigrants face. Every day they are drenched in an entirely foreign culture and it must feel absolutely exhausting. But the difference between me and an immigrant to a strange and foreign country is that an immigrant may not know a single person in the new country they call home. I had the blessing of being surrounded by 15 amazing people from my university.

In a way I feel more “included” in U.S. culture after this trip. In the past, I had felt like an outsider in the United States, and that I didn’t have much in common with the majority of the U.S. population. This trip was a reminder that I have a vast body of American cultural knowledge, from how to order food at a restaurant, to how to behave at a theatrical performance, or how to interact with a stranger. This reminder has contributed to a greater personal sense of inclusion in U.S. culture. 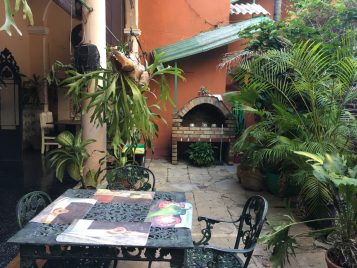 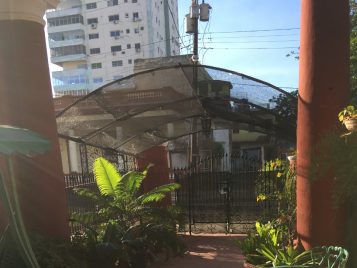 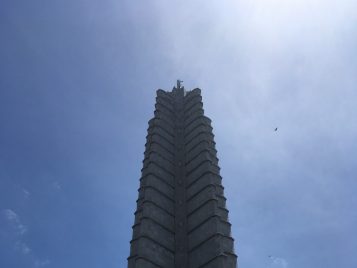 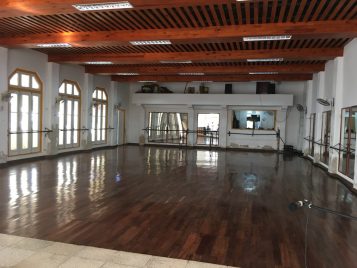 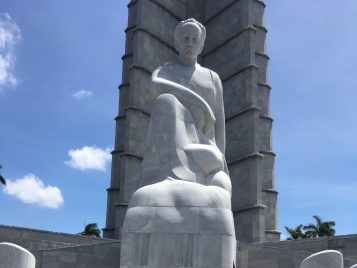 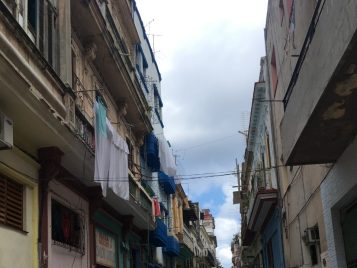 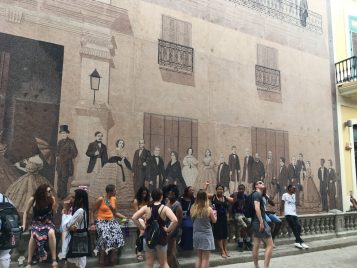 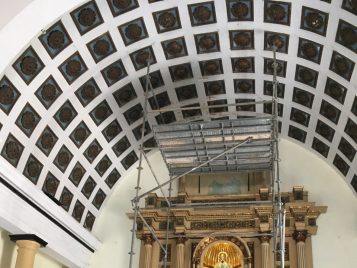 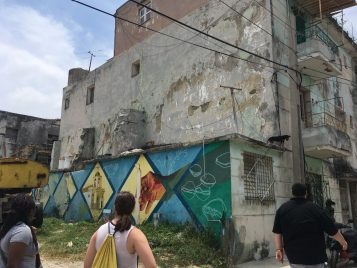 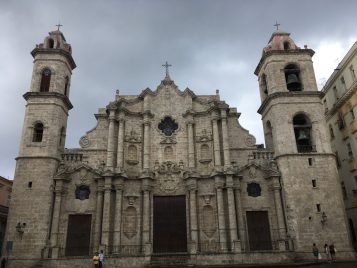 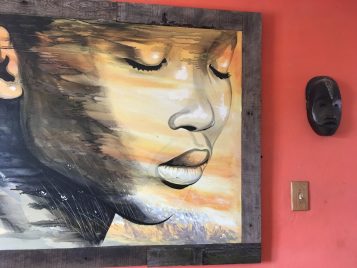 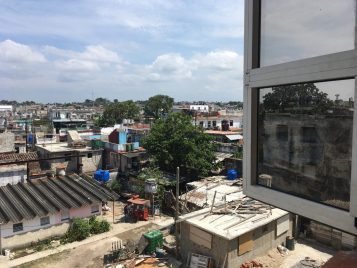 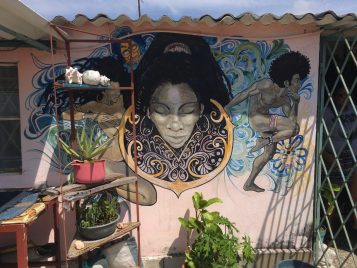 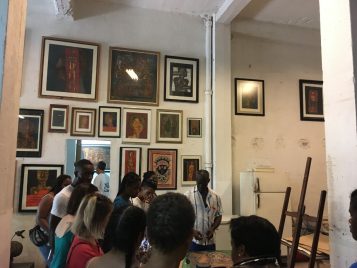 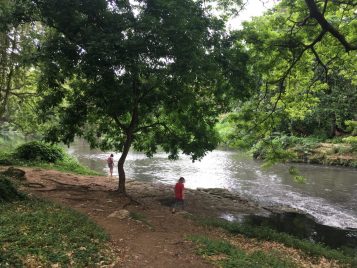 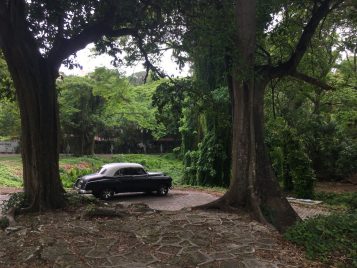 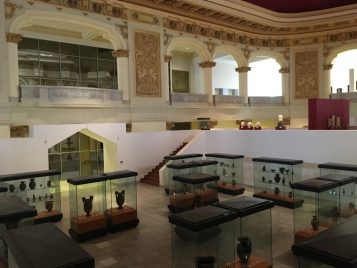 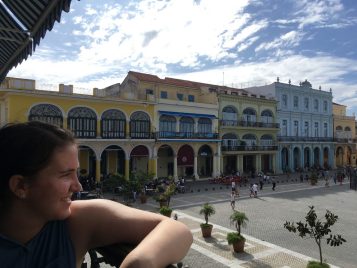 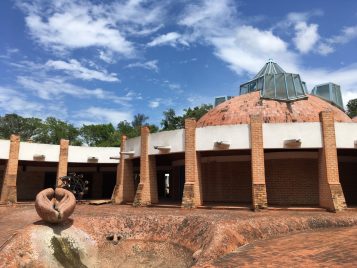 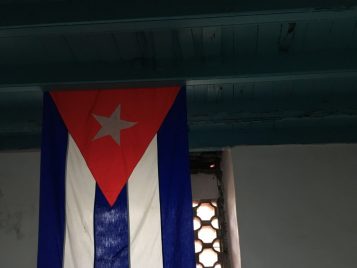 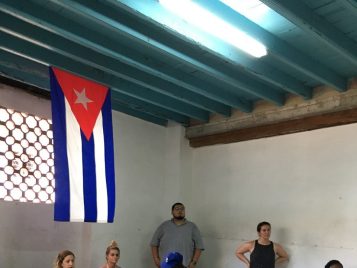 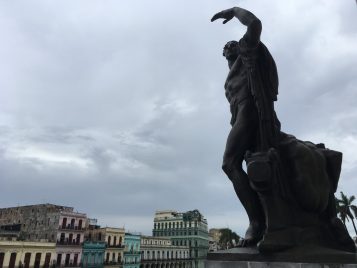 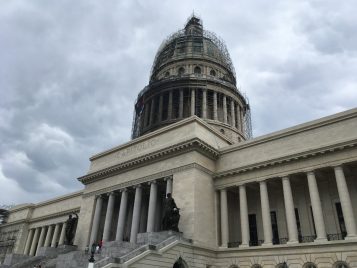 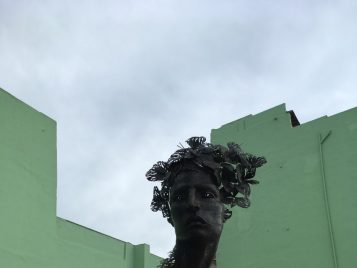 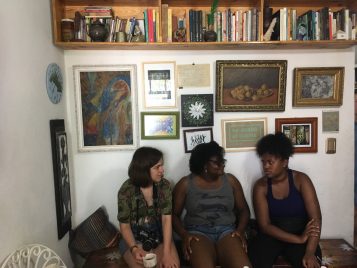 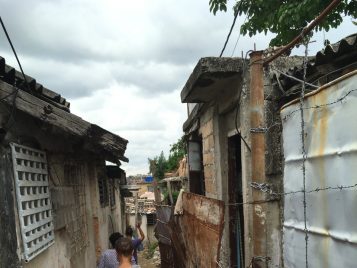 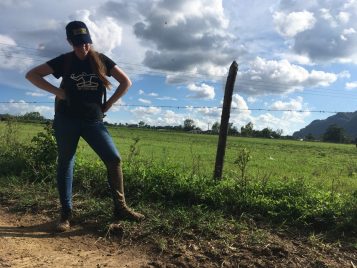 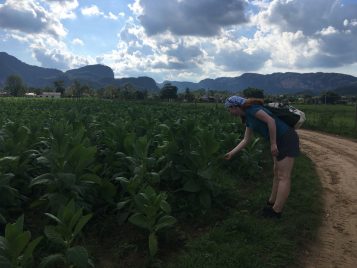 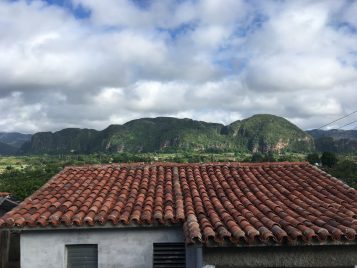 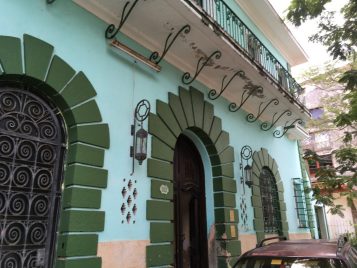