All in all, it was clear that this retreat had been masterfully planned and implemented and it clearly stands out from other leadership retreats. Where they fall flat, the Mindful Leaders Retreat excelled.
by Ryan Rich

I didn’t know what to expect from the BLI Mindful Leaders Retreat. All I knew was that the Mindful Leadership Program seemed like a cool, useful, new program, and I was motivated and excited to apply last year. Then the summer passed, the beginning of the semester passed, and it was time to kick-off.

To be honest, I was a little worried that I was going to be disappointed or underwhelmed. Not because BLI had ever disappointed me, but because I’ve been through a lot of leadership programs, and I’ve also planned them. Things that used to be very impactful for me, and still are for others, have lost their effect for me. I’ve just seen it before, learned the lesson, had the growth, and end up on the side of someone brand new again. This was not the case for the Mindful Leader Retreat. It was fundamentally different and unlike anything I’ve ever engaged with. It had and continues to have a significant impact on me, and I’m so appreciative of everyone that helped make it a reality.

Right off the bat, it was clear that there were two underlying goals in addition to everything planned for the retreat. One was for us to get to know each other. That sounds corny and common sense, but what really struck me what how it was implemented. It wasn’t the superficial get to know each other that many short term programs use where you learn basic things about others that have nothing to do with what shaped them, who they really are, why they are there, or how they are doing holistically, as a human. It also wasn’t the structured, facilitated, deeper get to know you strategy where there were multiple sessions of activities and prompts to illicit that information by someone who is a part of the group but serves in a different role. I think those are both pretty standard. We all see no value in the first one but do it anyway because whatever field or program we work in tells us it’s good (because it has to be, they do it) and don’t say anything because it just seems so foundational to community building or developmental programs. Most of us really like the second one though. It creates strong bonds and long-lasting groups. It can lead to disclosures and crying, and it breaks down massive walls that get in the way of personal growth. But it’s still not natural and takes a skilled facilitator to do well.

At our retreat, a different approach was used. Shortly after arrival, while we were all gathered, it was explained to us that getting to know each other well was a goal of the retreat and that there was no formal or structured way to do it. Instead, that’s something we should do naturally in our own way throughout the retreat. Pair that with the small group and the reflective and intentional basis of the whole program, and you get what happened. A fantastic, unstructured development of friendships based on more profound connections. The weekend was full of us talking with each other, discussing and diving deeper into things, talking about our lives, and otherwise getting to know each other as a whole person. It was amazing and really set us up well for the months ahead.

The other goal again explained to us but completely unstructured other than building in free time, was to spend a lot of time alone. The site was huge, we had multiple buildings to explore and use, and there were tons of opportunities to ground yourself in nature (trails, many trees, large open tracks of grass, a lake, a fire pit, etc.). Solitude is weird, not something many of us think about, especially as college students in Ann Arbor. But I took it to heart. I admit, I love solitude. I may be incredibly extraverted, but I’m honestly an introvert, and being alone in my room after a busy day is one of my favorite things.

At the retreat, I found the basement of the art center was my place, I could dim the lights, there was a lot of open room, and there was a bed so I could just stay there until I was tired and go straight to sleep. I spent a lot of time there. In the beginning, it was just decompressing from the life of a student. I meditated for hours, I did body scans, I stretched for hours. I really tried to shake off all the stress and input from school. The physical separation from the university helped a lot. I found that to be very valuable as it put me in a place where I was present, relaxed, and rested in a way that’s rare at school. It gave me the capacity to really engage, struggle with, think through, and process the material and all emotions and thoughts that came with it. As the weekend continued, and I spent more time alone, I was able to reflect on my life, my goals, my emotions, my interactions, and my general presence as well as what I liked, what I wanted to change, and how the information and practices we were learning could be incorporated into my life.

I really appreciated that this was built in as one of the goals of the retreat. So many times, I find that leadership or personal growth activity or program dumps a ton of information on you, stirs up all sorts of emotions and thoughts, and drains your body of energy, and then never gives you a chance to process everything and rest.

Outside of those two goals, we did a lot during the retreat, and the intentionality and planning involved, as well as masterful implementation, really showed. We had multiple meditations, a yoga session (but like a good one where we were taught how to do things and engaged with the instructor), art sessions (which I didn’t think I would enjoy, but the way they were turned into a reflective activity really proved me wrong), introductions into mindfulness and different forms of mindful practices as well as their origins, histories, and goals, and readings. It was a well thought out combination of personal growth and leadership training. On the one hand, we were learning, and on the other we were thinking about how reflection and intent can lead to better choices, help us give better feedback, increase happiness, and prevent problems in whatever roles we will serve in. It also started to build a foundation of interconnectedness, the fact that we are part of a team and part of the world and connected to those around us and must be aware of and consider that, that we have already built on. The readings for the retreat were insightful and well-chosen and we were gifted two books which will be using throughout the program. This might just be me, but I really value knowledge and was appreciative of the program for giving me books. Especially ones that I know I will gain so much from.

All in all, it was a wonderful and effective weekend which really laid a foundation for the rest of our program and seeded a mindset and way of thinking, as well as an awareness of ourselves that will help us engage with the material and hopefully become more effective leaders and develop a stronger personal foundation for the work that we do. 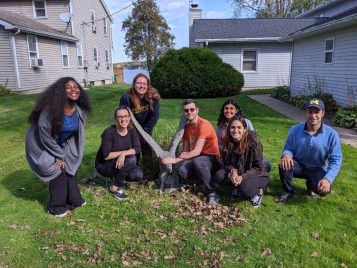 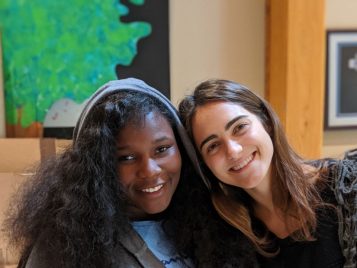 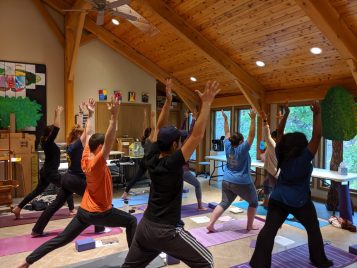 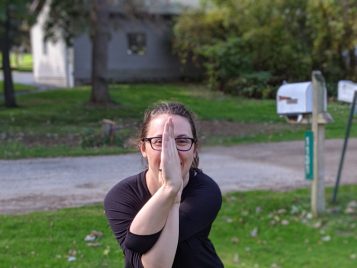 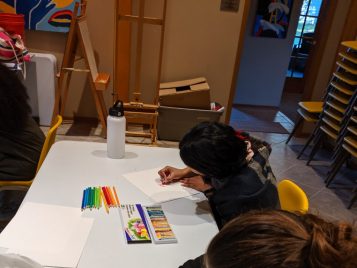 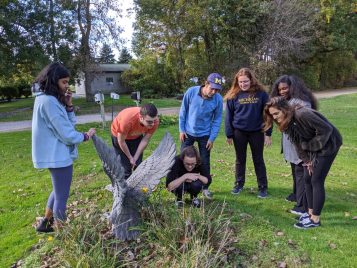 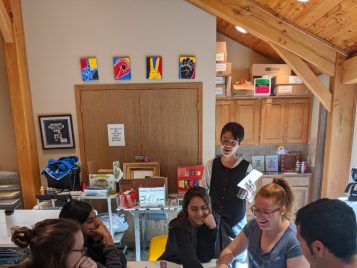 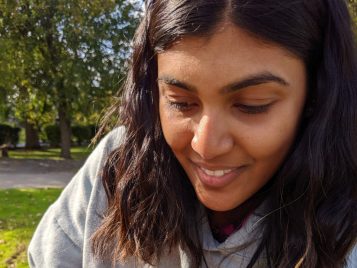 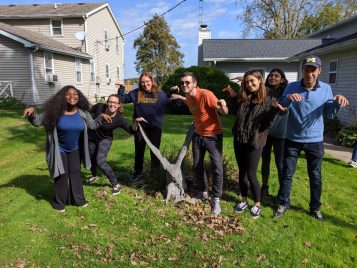 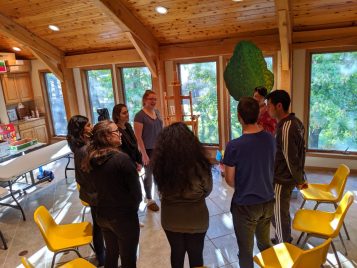