A highlight of our graduation and awards ceremony.

On Thursday, April 28, nearly 160 faculty, staff, students and their families gathered in the Rackham Amphitheatre to honor our 2016 graduates and awardees. The event was hosted by the Asian Languages and Cultures Department Chair, Donald S. Lopez, and featured faculty presenters for awards given in areas represented within the department. 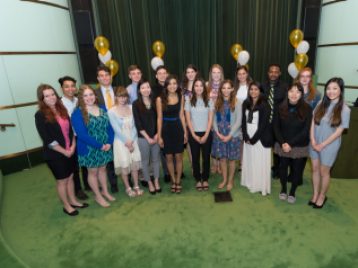 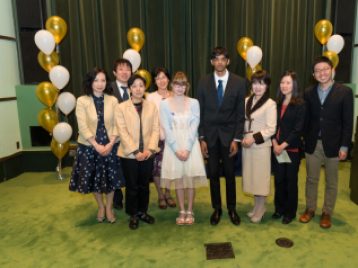 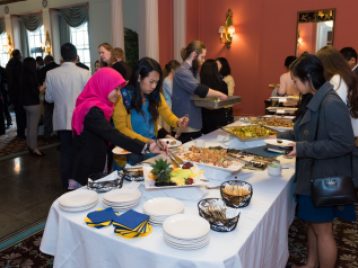 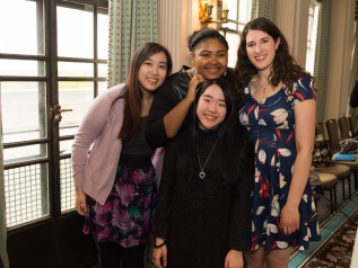 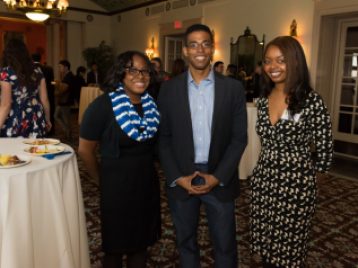 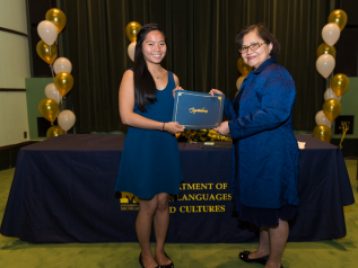 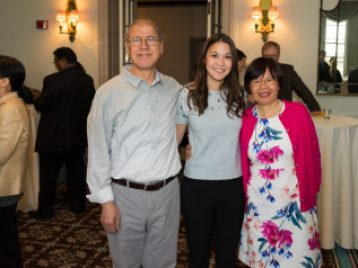 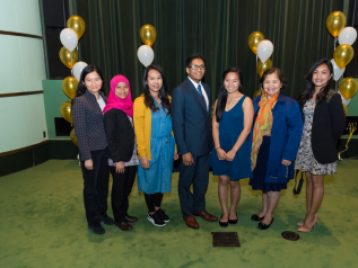 Every year, ALC has the pleasure of recognizing promising students within each of our language programs. These students stand out in both academic and extracurricular pursuits as they pertain to Asian studies. Our 2016 language award recipients are:

At the ceremony on April 28, we awarded the fifth annual Philip Thomas Lincoln, Jr. Memorial Endowment Fellowship to Kunisuke Hirano, a Japanese studies PhD student. This fellowship is named for a 1964 LSA graduate, Philip Lincoln, Jr., who was a career diplomat with the U.S. State Department from 1966 to 1996. He dedicated his life to the betterment of relations between the United States and the countries of Asia, especially China. The Lincoln Fellowship is given to one ALC graduate student a year to assist in funding a proposed research trip abroad. Kunisuke Hirano will be conducting research on alternative education institutions and models in Japan this summer as part of his dissertation project.

Gabriel Meredith, a graduating Asian Studies senior, was recognized as the 2016 Charles and Myrl Hucker Award recipient. The Charles and Myrl Hucker Award was created as a tribute to the scholarly and collegial legacy left behind by Charles O. Hucker, a Professor of Chinese in the department from 1965-1983. It also recognizes the great support and friendship he received from his wife, Myrl. The Hucker Award is given to one undergraduate student a year for the best essay written in a Chinese studies course within Asian Languages and Cultures.

The high-light of this year’s ceremony was the awarding of the first annual Kristin Carosella Memorial Fellowship. Kristin Carosella was a member of the University of Michigan’s Class of 2013, earning bachelor’s degrees from the Department of Anthropology and the Department of Asian Languages and Cultures. Upon graduation, she pursued a career teaching English to school-age children in China before her death in September 2014. Through generous donations from the Liberthal-Rogel Center for Chinese Studies, the Center for Japanese Studies, the Nam Center for Korean Studies, the Department of Asian Languages and Cultures, the Department of Anthropology, and the Dean of the College of Literature, Science, and the Arts, this fellowship has been established in perpetuity to honor her life and to inspire other students to pursue service to others through teaching in Asia. The first recipient of the Kristin Carosella Memorial Fellowship is Kendall Dumas. Kendall is an International Studies and Korean Studies major who plans to move to Korea upon graduation to teach English. Kristin’s mother, Debbie, and her brother, Cole, were there to recognize Kendall as this year’s recipient.

The Department of Asian Languages and Cultures wishes to extend its sincerest congratulations to all of our awardees and graduates this year. Thank you for taking part in this special day.