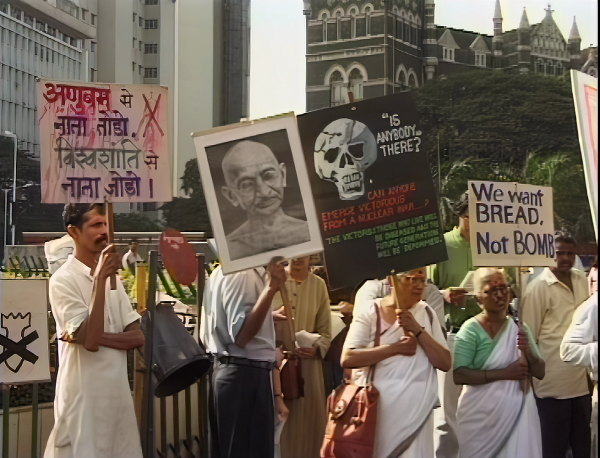 Father, Son, and Holy War explores the psychology of violence against "the other" in two parts, “Trial by Fire” and “Hero Pharmacy.” It examines the relationship between universal ideals and passionate group identifications. Patwardhan feels minorities are scapegoats of every calamity as nations subdivide into religious and ethnic zones, each seemingly eager to annihilate the other or extinguish itself on the altar of martyrdom. Father, Son, and Holy War will be preceded by the short film Ribbons for Peace.

“ Father, Son, and Holy War, through a careful layering of images, views and counter-views takes you far beyond the generally superficial vision of Indian politics that the standard television documentary delivers." - Pervaiz Khan, London Film Festival