The Michigan Anthropology Colloquia Series: "Prayers for the People Revisited: Digital and Experimental Animation in and Beyond the Space of Death" 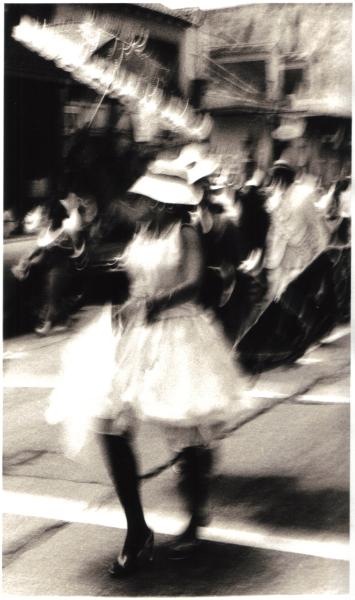 "Prayers for the People Revisited: Digital and Experimental Animation in and Beyond the Space of Death"

Abstract: In the midst of an overlapped crisis and state of collapse, instantiated as disaster, the COVID-19 pandemic, deepening inequality, or persistent racism and violence, this talk explores a subtle but significant shift in scholarly orientation and method. Aligning with the aspirations of a radically humanist anthropology and inspired by recent scholarship on the aesthetics of black aliveness, I develop some ideas and practices for moving alongside, and potentially beyond, the conditions of black life and death as they are currently configured in both scholarly inquiry and public discourse. Experimenting in particular with animation as a creative intellectual mode for unfixing and then setting in motion the expansive dimensions of being and becoming, I present scenes from a short animated film, using imagery and sound from my previous research in New Orleans collaged with new drawing, painting, and cut paper puppetry, to work along the seams of black death and aliveness in the Crescent City.

IMAGE DESCRIPTION: An artistically blurred black and white photo of a Black woman in a light colored hat and short dress walking or marching down a street in what looks like a parade.

Bio: Rebecca Louise Carter is Associate Professor of Anthropology and Urban Studies at Brown University. She received a doctorate in anthropology from the University of Michigan in 2010. Carter’s research focuses broadly on the cultivation of Black urban futures, particularly through the tracing of everyday conditions of structural and social violence and their reconfiguration via creativity, kinship and relatedness, and new forms of humanism and sovereignty. Her first book, Prayers for the People: Homicide and Humanity in the Crescent City (University of Chicago Press, 2019) won the Anthony Leeds Prize in Urban Anthropology and was a co-winner of the Edie Turner First Book Prize in Ethnographic Writing. Related articles and essays have appeared in City & Society, Ethnos, Kalfou: A Journal of Comparative and Relational Ethnic Studies, and Visual Anthropology Review. Carter’s current research develops through engaged and multimodal forms of ethnographic and ethnohistoric practice including oral history, photography, film/animation, and collaborative and creative nonfiction writing.
Anthropology
101 West Hall
1085 S. University Ave.
Ann Arbor, Michigan 48109-1107
michigan-anthro@umich.edu
734.764.7274
734.763.6077
Sitemap
Facebook Twitter Youtube