Sacrificing Soldiers on the National Mall​ 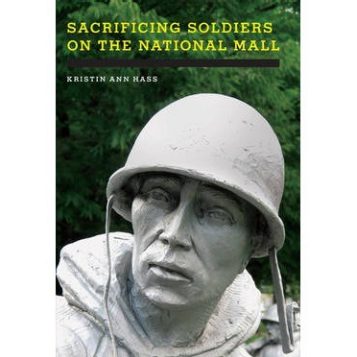 For the city’s first two hundred years, the story told at Washington DC’s symbolic center, the National Mall, was about triumphant American leaders. Since 1982, when the Vietnam Veterans Memorial was dedicated, the narrative has shifted to emphasize the memory of American wars. In the last thirty years, five significant war memorials have been built on, or very nearly on, the Mall. The Vietnam Veterans Memorial, the Korean War Veterans Memorial, the Women in Military Service for America Memorial, The National Japanese American Memorial to Patriotism During WWII, and the National World War II Memorial have not only transformed the physical space of the Mall but have also dramatically rewritten ideas about U.S. nationalism expressed there. In Sacrificing Soldiers on the National Mall, Kristin Ann Hass examines this war memorial boom, the debates about war and race and gender and patriotism that shaped the memorials, and the new narratives about the nature of American citizenship that they spawned. Sacrificing Soldiers on the National Mall explores the meanings we have made in exchange for the lives of our soldiers and asks if we have made good on our enormous responsibility to them.