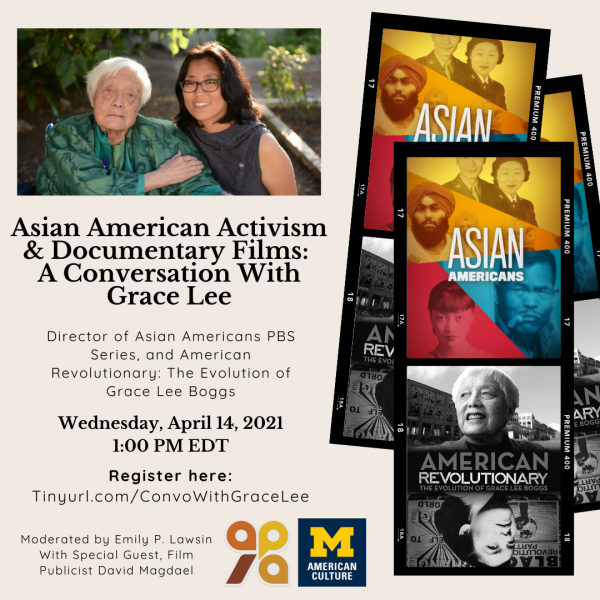 GRACE LEE is an independent producer & director and writer working in both narrative and non fiction film. She directed the Peabody Award-winning documentary AMERICAN REVOLUTIONARY: THE EVOLUTION OF GRACE LEE BOGGS, which The Hollywood Reporter called ”an entertainingly revealing portrait of the power of a single individual to effect change.” The film premiered at the Los Angeles Film Festival where it won its first of six audience awards before its broadcast on the PBS documentary series POV. Her previous documentary THE GRACE LEE PROJECT won multiple awards, broadcast on the Sundance Channel and was called “ridiculously entertaining” by New York Magazine and “a funny but complex meditation on identity and cultural expectation,” by Variety. Other credits include the Emmy-nominated MAKERS: WOMEN IN POLITICS and OFF THE MENU: ASIAN AMERICA, both for PBS; JANEANE FROM DES MOINES, set during the 2012 presidential campaign, which premiered at the 2012 Toronto Film Festival as well as AMERICAN ZOMBIE, a personal horror film, which premiered at Slamdance and is distributed by Cinema Libre. She has been a Sundance Institute Fellow, a 2017 Chicken & Egg Breakthrough Award winner, an envoy of the American Film Showcase (through USC and the U.S. State Department), and is co-founder of the Asian American Documentary Network.

She is also an Executive Committee Member of the Documentary Branch of the Academy of Motion Picture Arts and Sciences. Her work has been supported by numerous awards and artist grants from the likes of Rockefeller, Ford Foundation, Sundance Institute, UCLA, International Documentary Association and the USC World Building Institute. She is currently a producer/director on a five-part landmark PBS series THE ASIAN AMERICANS as well as AND SHE COULD BE NEXT, about women of color transforming politics and civic engagement. http://gracelee.net
American Culture
3700 Haven Hall
505 S. State St.
Ann Arbor, MI 48109-1045
ac.inq@umich.edu
734.763.1460
734.936.1967
Sitemap
Facebook Twitter Youtube