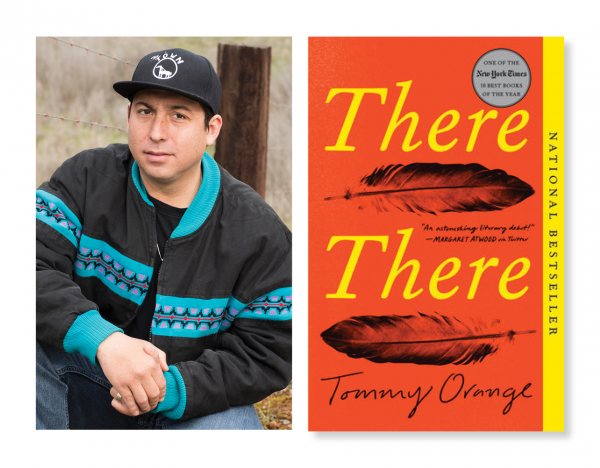 The Berkhofer Lecture is scheduled for Friday, March 27, 2020, from 6:00-8:00 pm in the Rackham Amphitheater and will be paired with a book signing and catered reception.

Tommy Orange is the author of the bestselling New York Times novel There There, a multigenerational, relentlessly paced story about a side of America few of us have ever explored – the lives of urban Native Americans. There There was one of the New York Times’ 10 Best books of the year and won the Center for Fictions First Novel Prize and the Pen/Hemingway Award. There There was longlisted for the National Book Award and was a finalist for the Pulitzer Prize. Orange graduated from the MFA program at the Institute of American Indian Arts, and was a 2014 MacDowell Fellow, and a 2016 Writing by Writers Fellow. He is an enrolled member of the Cheyenne and Arapaho Tribes of Oklahoma. He was born and raised in Oakland California.

The Berkhofer Lecture series (named for a former U-M professor and founder of the field of Native American studies) was established in 2014 by an alumni gift from the Dan and Carmen Brenner family of Seattle, Washington. In close consultation with the Brenners, Native American Studies decided to create a public lecture series featuring prominent, marquee speakers who would draw audiences from different communities (faculty and students, Ann Arbor and Detroit, and Michigan tribal communities as well as writers and readers of all persuasions). Native American students at U-M have consistently expressed their desire to make Native Americans more visible both on campus and off, and we believe that this lecture takes a meaningful step in that direction. Additionally, because of the statewide publicity it generates, we think it is already becoming another recruitment incentive for Native American students. It goes without saying that the speakers we are inviting provide tremendous value to the mission and work of Native American Studies at U-M.